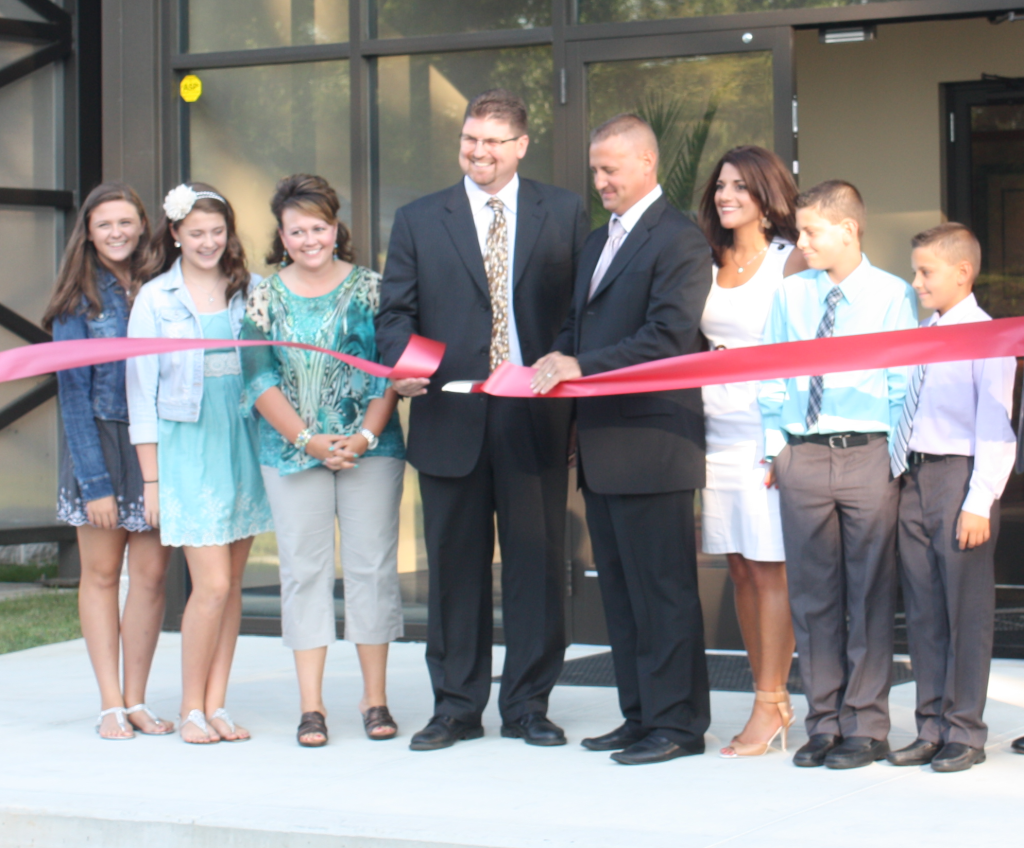 BOZRAH – The employees who offered tours of the new Collins & Jewell facility in Bozrah Tuesday marveled at how much the custom steel fabrication business had gained in building the 34,500 square-foot plant.

The company, formerly based in Norwich, held a ceremonial ribbon-cutting Tuesday to mark the opening of the new building on Rachel Drive, where 57 people are employed.

“We do a lot of custom fixtures for EB, any sort of one or two components, not tens of thousands,” Chief Financial Officer Chris Jewell said. “It’s very hands-on. We don’t have robots. It’s all people that do the work.”

Jewell, son of former owner Bob Jewell, and Chief Operating Officer Brian Dudek bought the business nine years ago. Collins & Jewell began in Mystic in 1946, moved to Norwich in 1989 and remained there, operating out of a 19,000-square-foot facility on Wisconsin Avenue, until its move several months ago.

“Seymour was more than gracious to show us his property,” Dudek said. “It was pretty much a handshake deal with him on this property, and for that we’re very grateful.”

In addition to the fabrication area, which is where welding, painting and other specialty work is done, the building has a maintenance shop and a spacious front office area.

Collins & Jewell has stayed close to its family roots, and many on hand for Tuesday’s ceremony were family and close friends, plus longtime employees.

Standing in the cool, spacious front lobby of the new building, Bob Jewell said his father, who started the business with his uncle in 1946 on High Street in Mystic, used to travel the area to re-tube, by hand, the small steam boilers used on dry cleaners at the time.

“That’s where they started,” he said. “My dad would have a cold chisel and hammer in the back yard of their rented house, re-tubing these boilers. And it just exploded from there.”